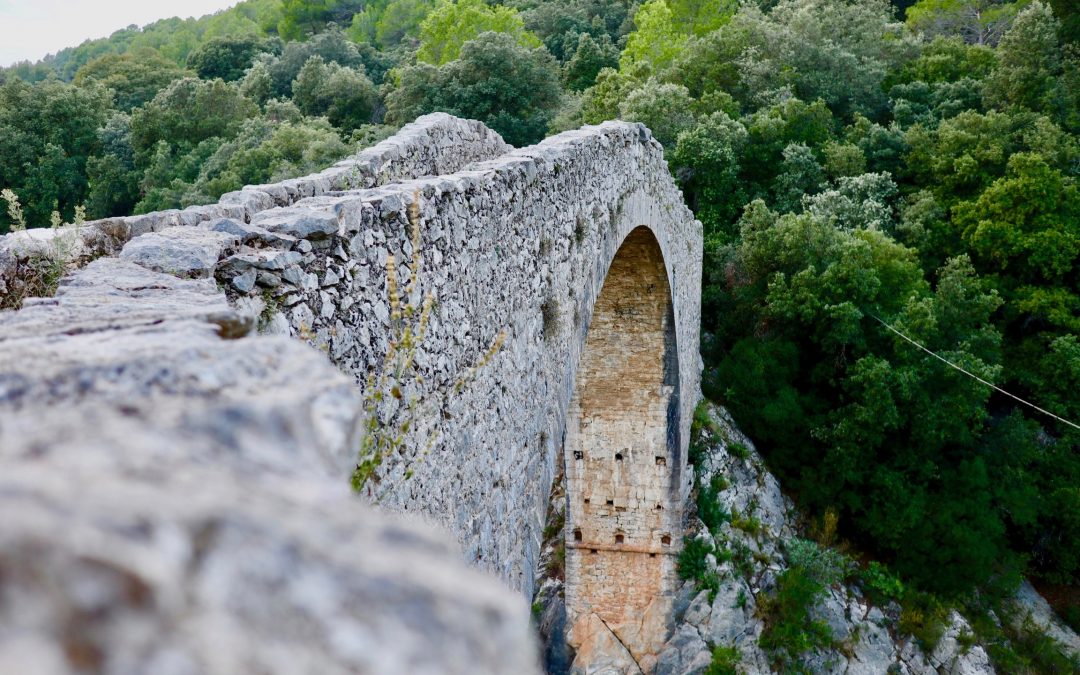 Not only Barcelona has a rich medieval history but also the rest of Catalonia. The rural parts are full of small villages where it seems that time stood still. No wonder that the makers of Game of Throne decided to shoot in that region. For example, they chose the cathedral of Girona as a main scenery for season six. And the beautiful Besalú, just 20 minutes away, was as well selected with its magnificent medieval bridge.

Girona, with its 100,000 inhabitants is the capital of the province with the same name. There are two highlights that are standing out when you are looking for what to do in Girona. First, the old quarter is a jewel of medieval buildings and small back alleys and stairs as it was built along the slopes of a hill. Second, the medieval city wall still exists for a large part and is completely accessible to visitors free of charge. Take your time and climb up the watch tower as well. The views over the cities are amazing. You can even see the surrounding landscape and will understand why the Romans have chosen this place to found Gerunda in 79 BC.

Catalonia as a part of the Crown of Aragon played an important part in reconquering Spain from the Moors. Catalonia was only for a short time under Arab rule. For example, Barcelona was part of the Kalifate for merely 80 years in the 8th century. This explains why there are so many fortified villages and strongholds wherever you go. Being under the constant threat of an attack meant that you needed good protection.

Besalú is such a village. Protected from two sides by the river Fluvià it was the capital of the county with the same name. Located in the middle of the Garrotxa, a volcanic natural park, it had an important significance in the early medieval times when Wilfred the Hairy was the Count of Besalú. He is credited with having unified Catalonia. The 12th century Romanesque bridge over the river captivates when approaching the village by foot. The layout of the village is nearly unchanged since its foundation.

Visiting Girona is quite easy when you take the fast train AVE that is commuting between the two cities. Check the time table of the train. It is just a 38 minute train ride and costs about 25 Euros.

Contact us for your tailor-made day trip to Girona and explore the medieval city during a private tour.

In case you want to stay in Barcelona, the Catalan capital offers a rich history with its golden age from the 13th to 15th century. You can “Explore hidden streets with a friend” – the signature private tour of The Barcelona Feeling and discover the medieval historic center: El Born and the Gothic Quarter.