Barcelona: Things to do in March – Gastronomic tradition of Calçotada 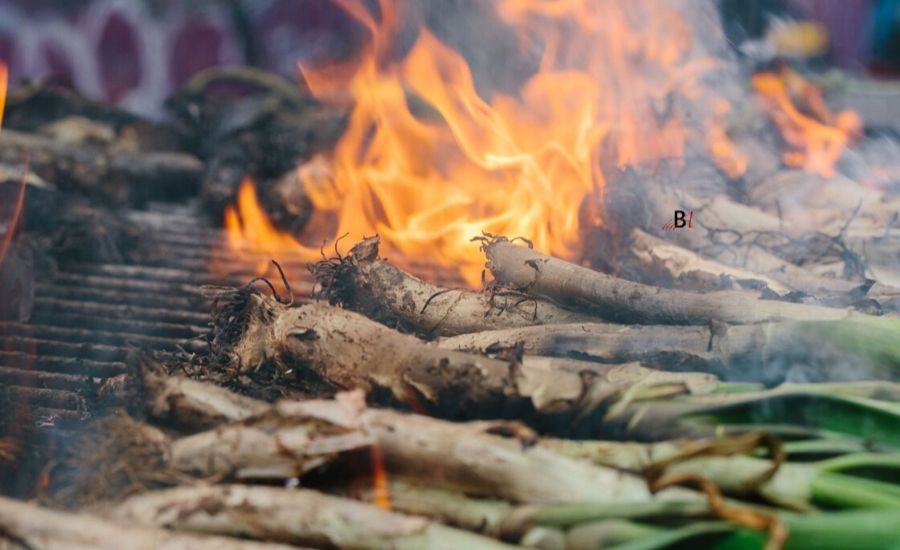 A very important Catalan gastronomic tradition is the so called Calçotada. Especially in the Barcelona region you will find many culinary and social events in the cold winter months of January to April. It is common to go with your friends or families at least once per season and enjoy the being together.

The calçot is a type of spring onion from Catalonia. They are grilled over a hot fire, preferably using charcoal and fuelling it with grapevine clippings. This adds a very special flavour to the onion. Then after having wrapped them up in newspaper they are served and eaten with bare hands. You peel and dip them one by one in romesco sauce (charred tomatoes and roasted red peppers, puréed and thickened with toasted almonds and bread. Pour wine from a porrón, a traditional glass bottle in a kettle shape, and eat bread with it! 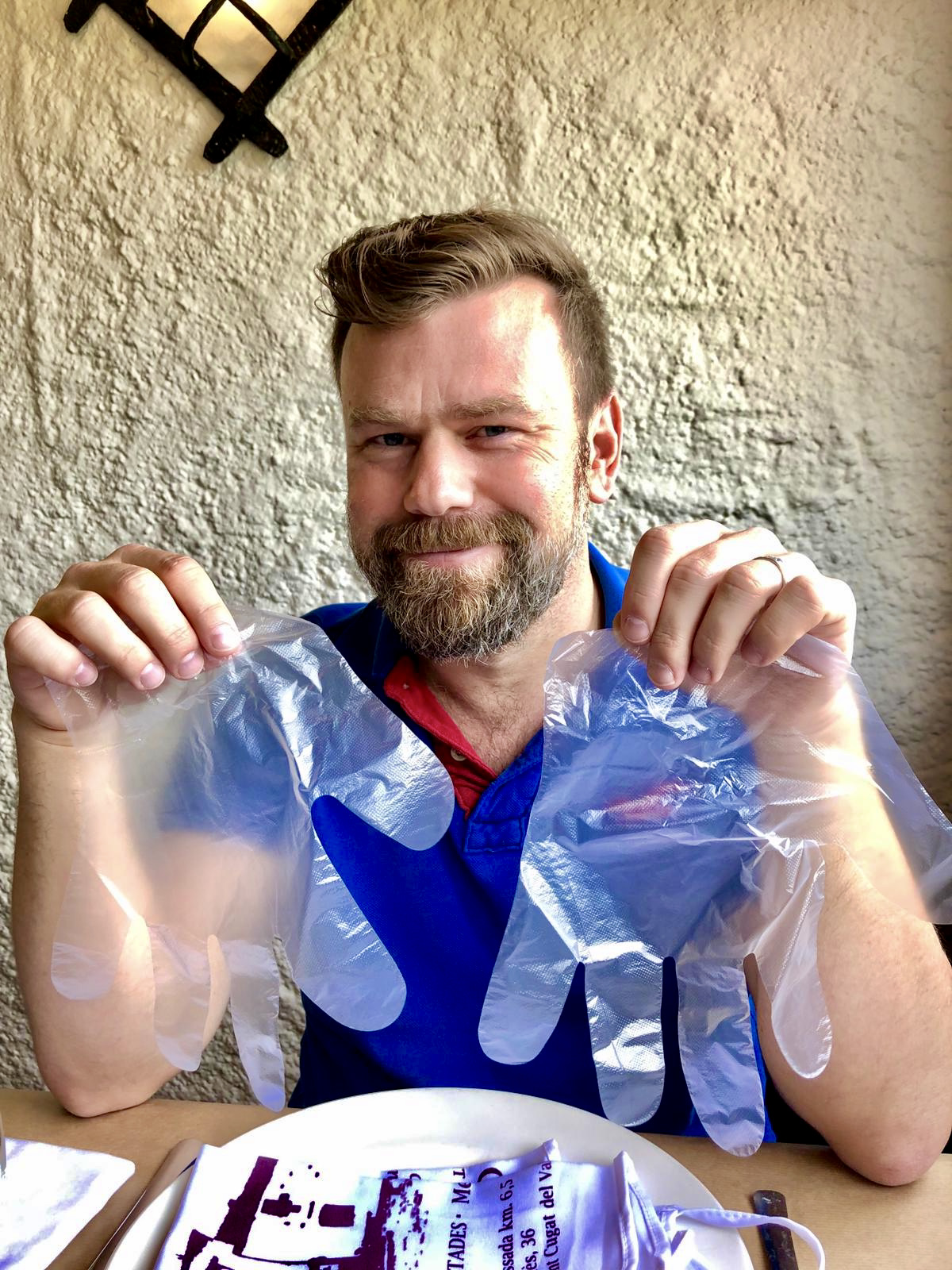 Try a typical masia (farm house) like Can Cortés or Can Cortada in the outskirts of Barcelona. During the Calçotada season you will need a reservation as the masias are very popular places among local people.

This restaurant is picturesquely located in the Collserola Natural Park, a 45 minutes walk away from the Torre de Collserola, the iconic telecom tower on top of the Tibidabo mountain range. The restaurants and terraces overlook the valley and you will be able to see the famous mountain of Montserrat with its monastery.

This restaurant is easy to be reached by Metro (green line to Valldaura), thus ideally located within the Barcelona city limits.

The Calçotada has its origin as celebration of the harvest of the spring onions and turned thus into a popular tradition. 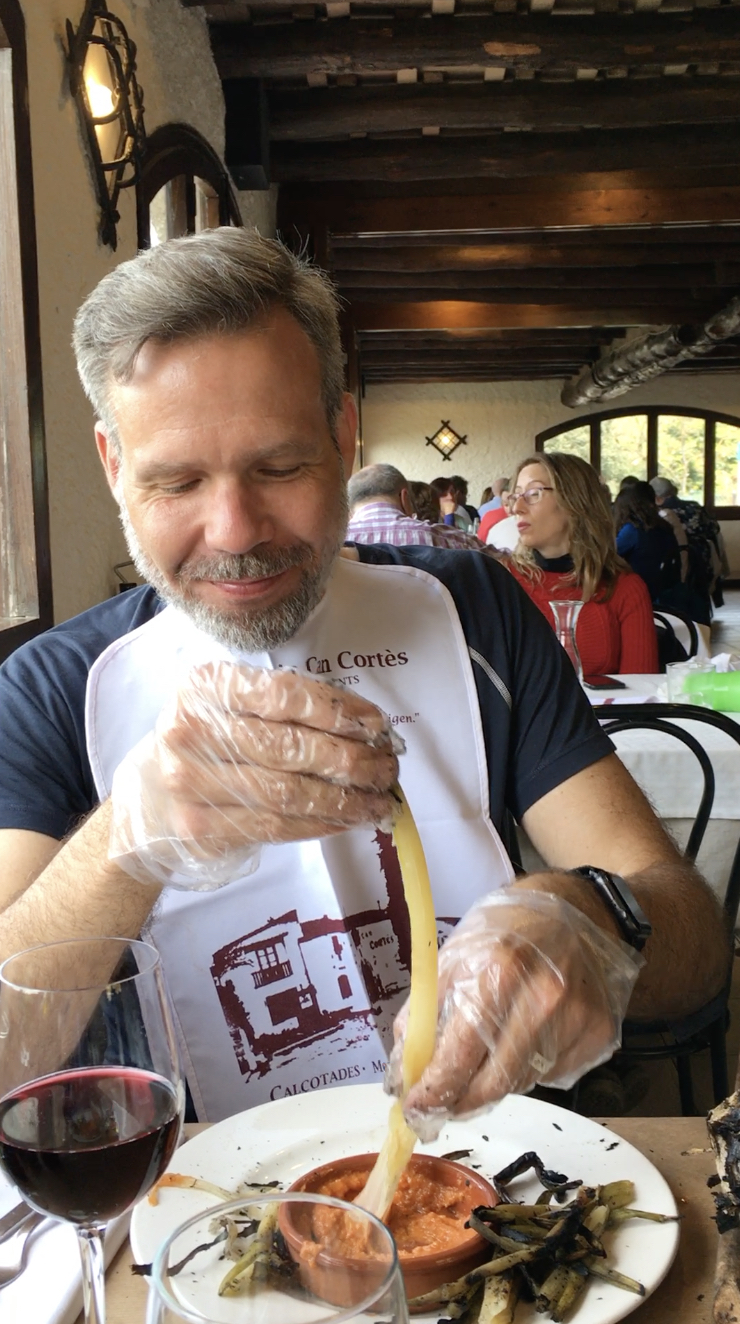 Other Barcelona activities during the Calçotada season

Learn about Barcelona legends during our two-hours walking tour “Gaudí & Barcelona Legends”. We will make the connection from medieval Catalan history and legends to what inspired architects like Gaudí when designing the residential houses along the magnificent boulevard of Passeig de Gracia. From street pavement to lamp posts – all have a story that we want to tell you!

We also offer a unique combination with a hands-on workshop where you will create your own souvenir in Gaudí´s mosaic technique called trencadís: Feel like Gaudí – Tour and Workshop.