Sagrada Familia – Barcelona´s highlight that you must see 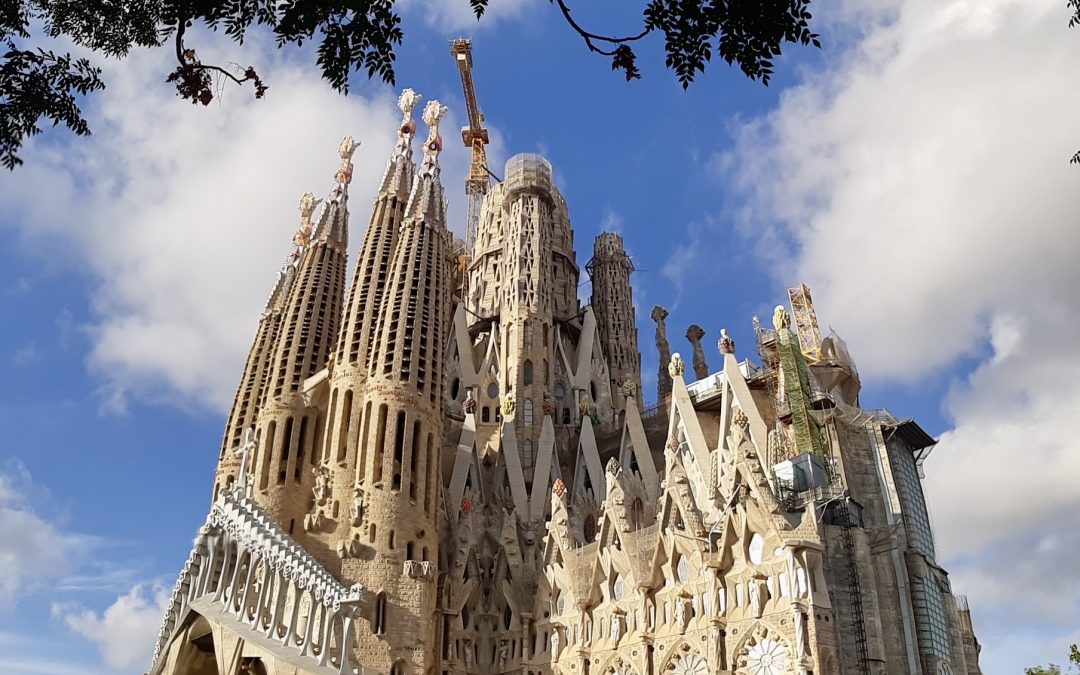 Barcelona is a city full of life and culture, and no visit to the city is complete without discovering the stunning architecture of its most cherished landmark – the Sagrada Familia. Built under the direction of renowned architect Antoni Gaudi, this iconic basilica has become a must-see for tourists.

The Church of the Sagrada Familia is a large Roman Catholic church. It is widely considered to be one of the most unique and beautiful buildings in the world. Construction on the church began in 1882 and it is still under construction with a projected completion in 2030. It is open to the public. As an active church it also invites visitors for Sunday mass free of charge.

The design of this structure is based on the Catalan modernist style and its grandeur can be seen everywhere. From its curvy towers to its intricate details, every aspect of this cathedral is designed for maximum impact.

Gaudi’s Inspiration for the Construction of Sagrada Familia

When one thinks of Antoni Gaudi, you may think of his famous works in Barcelona including Casa Milá and Park Guell. However, his most renowned and unfinished work is the Basilica of the Holy Family. Even though it is an unfinished building, it has been declared a UNESCO World Heritage Site and is one of the most popular tourist destinations in Barcelona. So, what was Gaudi’s inspiration for such an iconic structure?

Gaudi was heavily influenced by nature, as evidenced by his other works in Barcelona. He once said, “I believe that architecture is basically found in nature.” When designing Sagrada Familia, he wanted to capture the essence of a forest with its tall columns reaching up to the sky like trees and its light-filled nave resembling a sun-dappled clearing. He also drew inspiration from Gothic cathedrals, particularly their ribbed vaults. However, he put his own unique spin on these features by using hyperbolic paraboloids instead of traditional vaults. This gave the inside of Sagrada Familia a much more organic feel compared to other Gothic cathedrals.

The inner space is incredibly open and bright, with beautiful stained glass windows reaching up towards the sky. The columns are slender and elegant, and the overall effect is one of serenity and peace. You feel like being in a forest that connects us to Gaudí having been inspired by nature. It is no wonder that this space is so popular for weddings and other special occasions.

The Exterior of the church

For the design of the outer church Gaudí was inspired by his religion: First of all, by the life of Jesus and secondly, by the Holy Family – giving also the name to the church.

Gaudí tells us all about the life of Jesus when you walk around the church. Each façade reflects a stage in Jesus´ life. Thus, the first façade – the Nativity Façade – is about the birth of Jesus. Designed to resemble a giant sandcastle, the façade is adorned with colorful mosaics, intricate carvings, and towering spires. The scene depicts the birth of Jesus Christ, and it is surrounded by symbols of his life and ministry. Angels hover above the scene, while shepherds look on from below. A starburst surrounds the entire composition, representing the light of Christ that dispels the darkness of sin.

The Holy Family is one of the most important aspects of the Nativity Façade of the Sagrada Familia. Gaudi designed the facade to represent the family tree of Jesus Christ. The main figures on the façade are Mary, Joseph, and Jesus. The Holy Family is surrounded by a number of other important figures from the Bible, including John the Baptist, the shepherds, and the Three Kings.

The second façade, the so-called Glory Façade, has still to be completed. Currently, only a base foundation can be found. However, in the future the façade will represent Christ´s eternal glory.

The Passion Façade is the third façade that is adorned with numerous statues, reliefs and mosaics which depict scenes from the Passion of Christ leading up to his crucifixion. The central figure on the façade is Jesus Christ himself, flanked by two thieves who were also crucified alongside him. Above Jesus are seven angels, each holding a symbol of his suffering including a spear, nails and a crown of thorns. To either side of the central scene are a further 24 statues representing various figures from the Passion story including Mary, John the Evangelist, Pontius Pilate and Judas Iscariot.

The whole facade is surmounted by twelve large statues representing the Apostles. At the very top of the façade is a series of intricate curved stone structures known as ‘the Glory’. This represents Heaven itself and includes depictions of various biblical scenes such as the Last Supper and Pentecost.

In essence, when you walk around the church you will get to know the complete life of Jesus Christ.

The Towers of Sagrada Familia

For the greater design of the church Gaudi was also inspired by the Holy Family. He symbolises the Holy Family by all the towers that he created. The three main façades include four slim, elegant towers each. In total they are twelve, representing the twelve apostles. In the middle of the church, you will find the highest tower upon completion (approx. 170 meters) that stands for Jesus. Jesus is centrally located in the middle of the Holy Family surrounded by the four Evangelists, four mid-size towers. The second largest tower that you can see is dedicated to the Virgin Mary, the mother of Jesus.

Sagrada Familia is a true example of Gaudí´s genius. His creativity was endless. The complexity and symbolism that he used make the church especially fascinating and shows Gaudi´s unique approach in architecture. No wonder that today the church is a UNESCO World Heritage Site and one of the most visited monuments in Spain.

On November 27, 2010, Pope Benedict XVI consecrated the Sagrada Familia. This act officially blessed the construction of the church, which had been ongoing for over 130 years. The consecration of Sagrada Familia took place during a special mass held in front of the church. During the ceremony, Pope Benedict placed his hand on a large stone that had been blessed by Pope John Paul II in 1982. He then recited a prayer that formally blessed the construction of the church.

Sagrada Familia – Things to do