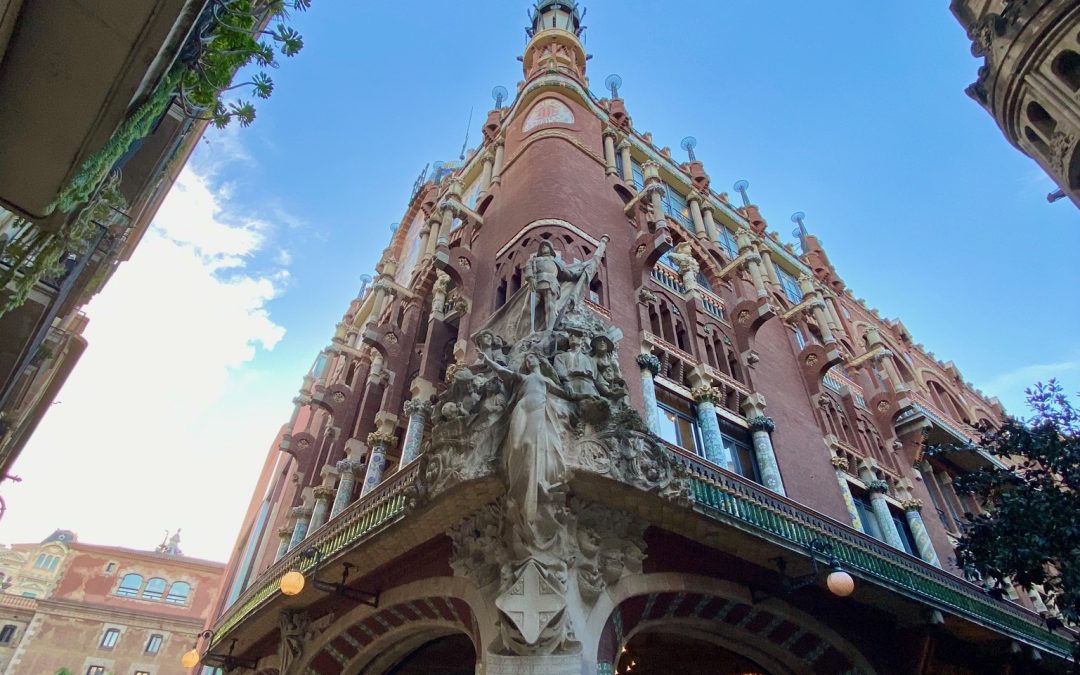 Modernism or Modernisme in Catalan is an art and literature movement connected the search for a Catalan national identity. The period associated with is was around 1888-1910 and is primarily connected with Catalonia and Barcelona. In the context of the rapid development and urban changes during the industrial revolution the Catalan elite – politicians, bourgeoisie and rich entrepreneurial families – intensified their efforts to create their own national identity.

Modernism is a similar movement like Art Nouveau in France, Sezession in Austria or Jugendstil in Germany. Mainly expressed in architecture it also became important in other arts like painting, sculpture or decorative art, even in literature like poetry, fiction or drama.

What makes Catalan modernism in architecture so special?

When observing Modernism buildings in Barcelona typical elements that are used for the façades are:

What are famous examples of Modernism?

Famous examples of Catalan modernism are of course the Sagrada Familia, Park Guëll, Casa Mila and Casa Batlló – all by Antoni Gaudí who became the most famous architect of his time. Other fantastic buildings are the Palau de la Música and the Hospital of Sant Pau both designed by the other star architect of that period: Lluís Domènech i Montaner.

When strolling through Barcelona you will find that many original buildings are still existing and often are beautifully restored. Also in the neighbourhood of Eixample you will find fascinating doors and hallways dedicated to this movement.

Gaudí & Barcelona Legends – discover the most popular works of the most famous architect of Barcelona in an afternoon: Sagrada Familia, Parc Guëll, Casa Mila and Casa Batlló.

Explore hidden streets with a friend –  a stroll through the labyrinth of little streets of the historic center of Barcelona where you will encounter several examples of Modernism building.

Here are some photos that we took from modernism sites in Barcelona and surroundings: