World Fair of 1929 on Montjuïc Hill 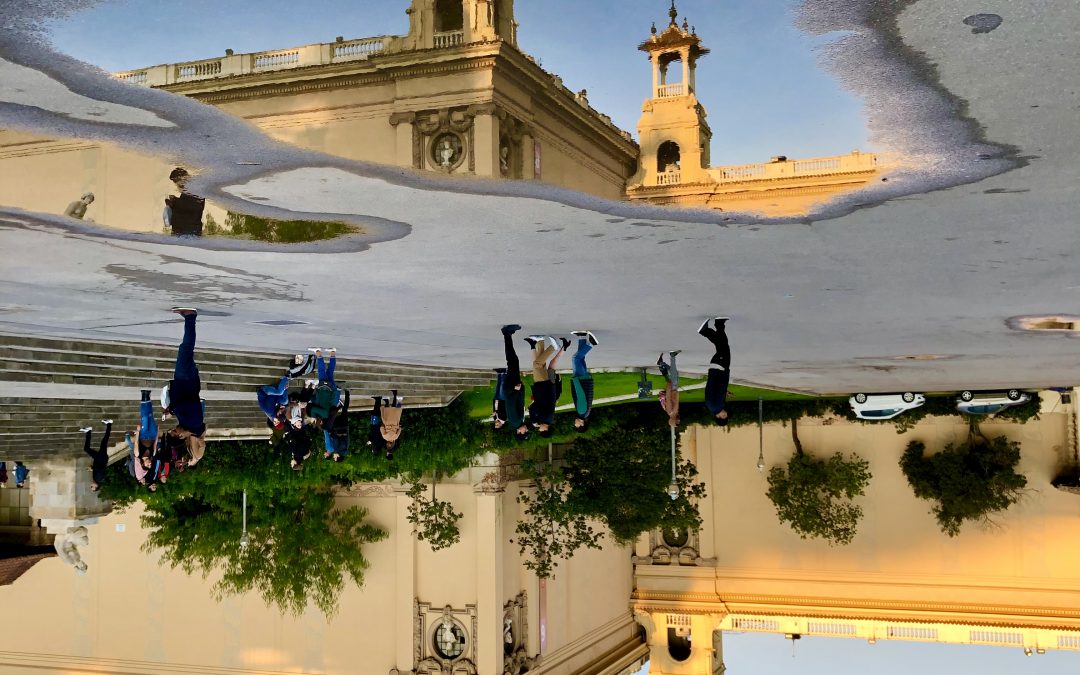 In 1929 the World Fair was held on Montjuïc Hill which led to an immense development of the whole area and thus became an important event in the history of Barcelona with a long lasting impact to the present.

The iconic hill of Montjuïc has always been an important place in the 2000 years old history of Barcelona. Already during Roman times it served as a natural watch tower to spot early on if enemies were approaching the city. In the course of the centuries several fortresses were erected on top of the hill.

In addition, it was the quarry for many building projects in Roman and in medieval times. For example, the church of Santa Maria del Mar in the El Born district was completely constructed with stones from the hill.

The name Montjuïc actually means Jewish mountain in old Catalan. As Jews were not allowed to bury their dead within the city walls the Jewish graveyard was located on the hill. Nowadays, the famous Cemetery of Barcelona is located on the top of the hill with more than 150,000 plots.

The International Exposition brought international tourism to Barcelona. To prepare the city for the event the first tunnels of the Barcelona Metro were constructed connecting the area around Plaça Espanya with the historic center at Plaça Catalunya. Many sports facilities were also constructed on the hill – among them the Olympic Stadium that housed the opening ceremony of the 1992 Olympic Games.

The Spanish pavilion thrones high up over the exhibition ground. It is a palace like building with monumental size that in present days houses the Museum of Catalan Modern Art (MNAC).

In front of the museum you will find the famous Magic Fountain of Barcelona, an important tourist attraction of the city. All around the year, several times per week, there will be a light and music show that is accesible to the public free of charge. The grand highlight of the year takes place at the Magic Fountain around September 24th when the city is celebrating her patron saint, La Mercé. To close the festivities of four days you can attend a massive pyro-musical show of 30 minutes. Check out the show times of the Magic Fountain here. 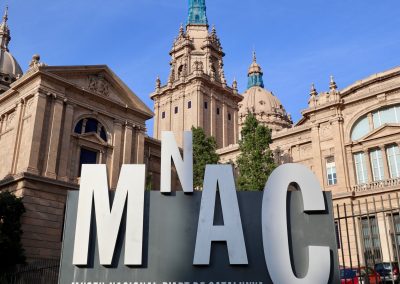 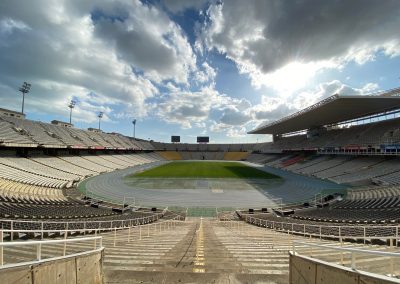 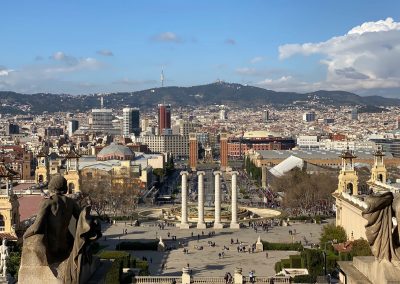 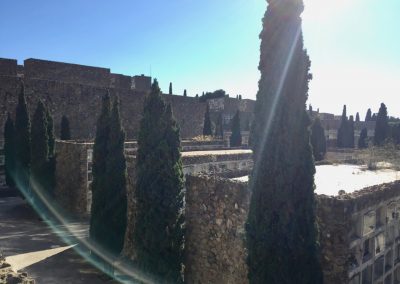 The Olympic Games of Barcelona in 1992

Until late in the 1960s parts of Montjuïc formed the slums of Barcelona. Poor people settled along the slopes and built shackles without any connection to water or electricity. These slums and those along the beach and other areas in Barcelona were a sign for the extreme poverty of the city during the dictatorship years. Only an extensive housing programme launched by the dictator finally created a lot of decent houses for the population of the Catalan capital.

The revival of Montjuïc Hill came with the Olympic Games of 1992, a game changer of Barcelona that marked the start of mass tourism and put the city onto the world map. The complete area was remodelled and it became the Olympic Hill with the Olympic Ring and Stadium on top. Many parks were realised that make the hill nowadays an important green lung for Barcelona.

Use the cable car from the harbour to Montjuïc Hill. It was built for the World Fair of 1929, however, was not ready on time. From the cabin you have spectacular views and it saves you some time instead of climbing up the hill by foot.

Visit the Botanical Garden on Montjuïc Hill – a beautiful park and a peaceful retreat in the middle of the bustling city.

Book a private tour with The Barcelona Feeling over Montjuïc Hill and learn about the historic significance and the Olympic history of the mountain during this three hours walking tour.